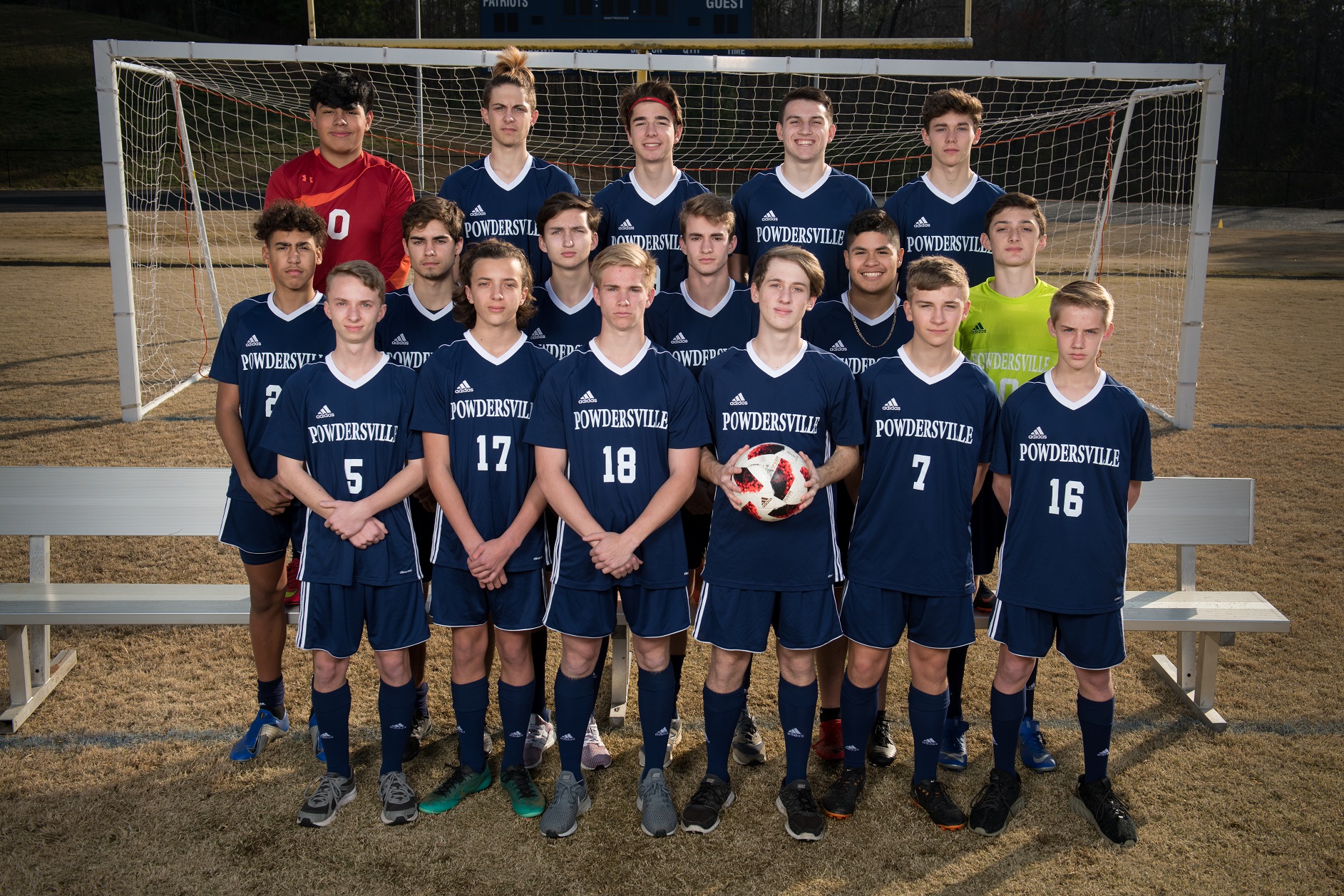 Congratulations to Powdersville Varsity Boys Soccer on their 4-0 victory over West Oak at home on Monday, April 8, 2019. Senior John Mohrmann put the Patriots on the board in the first half with an unassisted goal. Patriots maintained the 1-0 lead to intermission.

In the second half, senior Brayden Troyer scored off an assist from Mohrmann, then Mohrmann scored his second goal off an assist from Troyer. Sophomore Caden Beck put the game out of reach by hitting the net unassisted. Freshman Wesley Bigbee led the Patriot defense to the shut out with six saves. Way to go, Patriots!!