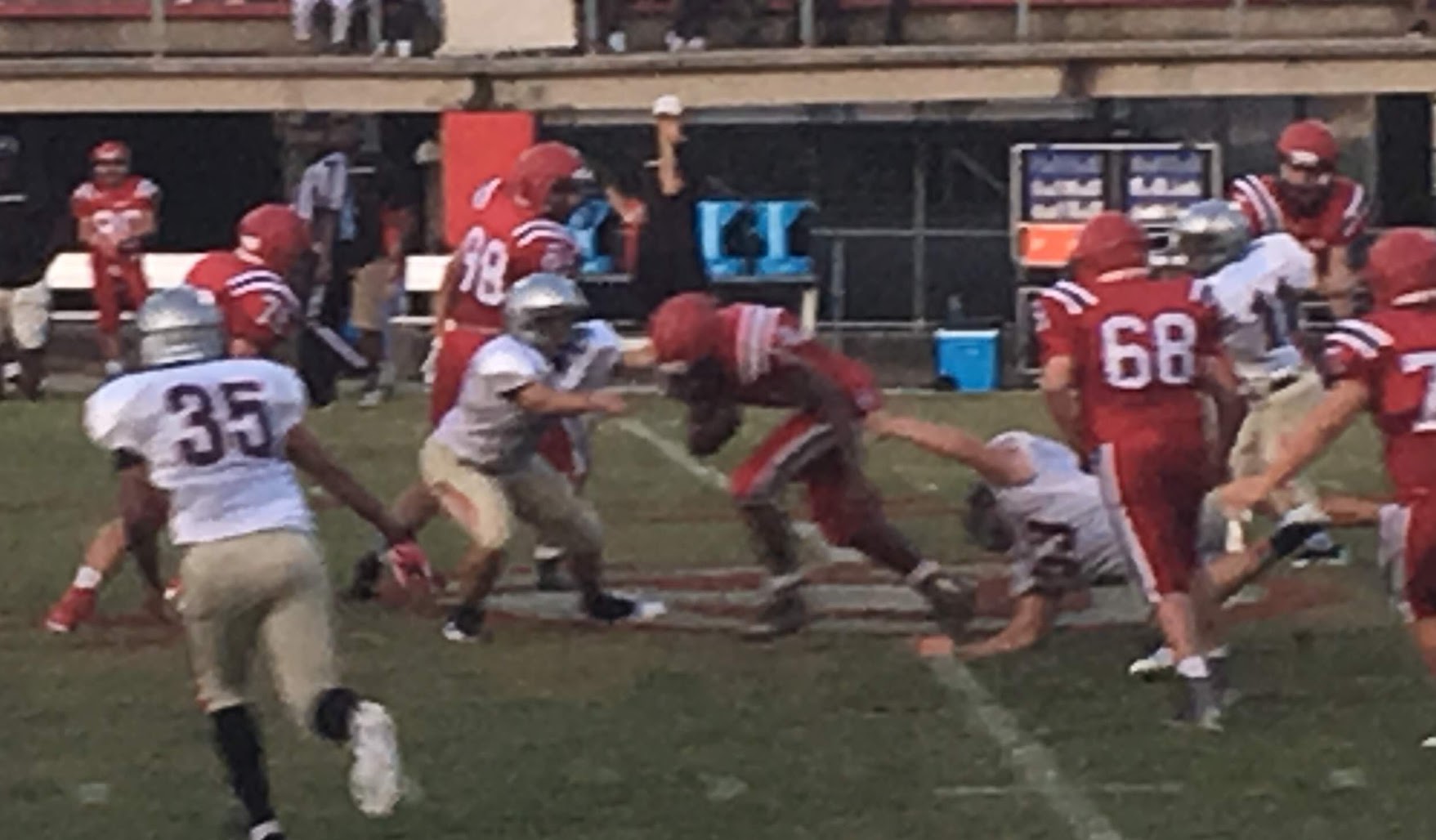 Powdersville JV Football fell at Clinton 48-24 on Thursday, September 6, 2018, in a non-region game. Patriots got off to a slow start and trailed 20-0 at the end of the first quarter.

At the start of the second quarter, Patriots recovered a fumble, but Clinton stopped the Patriots before they could reach the end zone. With four minutes left in the half, freshman Clay Davis completed a beautiful pass to freshman Harry Gentile which put the Patriots in a first and goal situation. Davis ran for a touchdown and put the Patriots on the board 28-6. On the last play of the half, Davis connected with Gentile again for a touchdown to put the score at 28-12 going into the break.

With 4:01 remaining in the third quarter, Davis ran into the end zone again and reduced the margin to 34-18. Clinton scored two more touchdowns to put the score at 48-18 at the end of the third. With 1:42 remaining in the game, Davis connected with sophomore Cole Bracken to put the Patriots at first and goal. Davis ran into the end zone for a TD and 48-24 final score.

Powdersville JV (0-3) hosts Walhalla next week, September 13, at 7 pm. Come out and cheer for our Patriots! #MakingHistoryEverySeason! #GoPatriots!