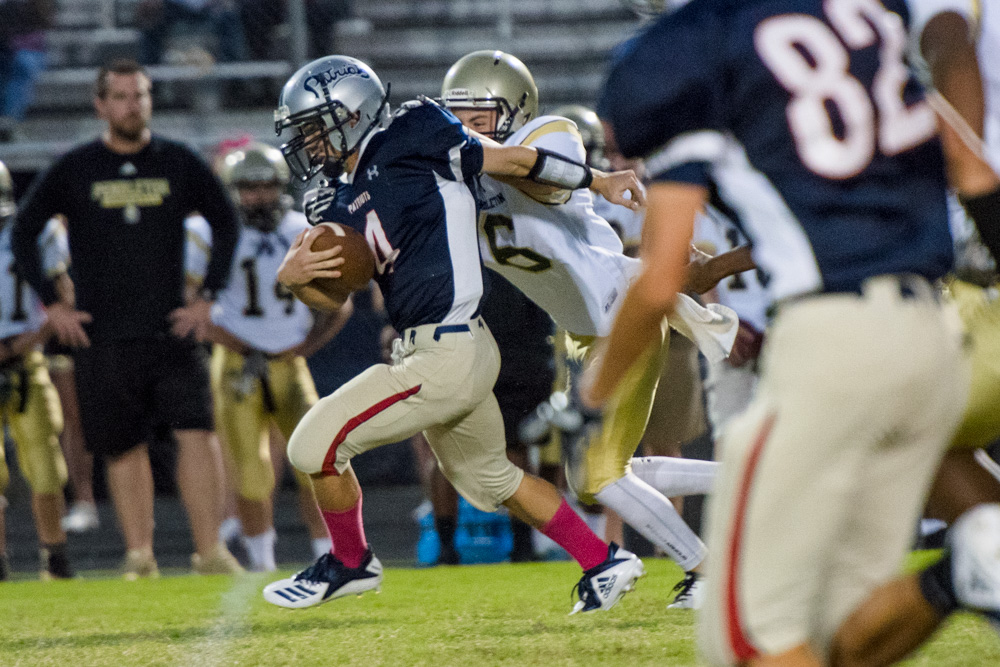 Powdersville JV Football fell 30-0 to Pendleton in a region game at home on Thursday, October 4, 2018.

Patriots built momentum in the first quarter as freshman Clay Davis booted a beautiful 50+ yard punt, and Pendleton fumbled on the return. Sophomore Kameron Key scooped up the loose ball and made it to the 35. Patriots turned over the ball on downs, and the score remained 0-0 at the end of the first quarter. In the second period, Pendleton scored three touchdowns and added a two-point conversion each time for a 24-0 lead at the half. The Bulldogs made it to the endzone again for six points in the third quarter. Powdersville held Pendleton in the fourth period for the 30-0 final.