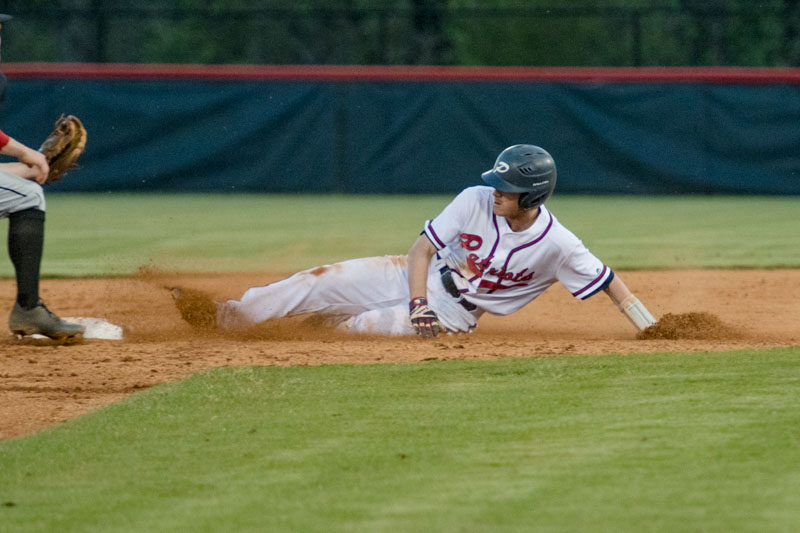 Congratulations to Powdersville Varsity Baseball on their 7-3 victory over Liberty at home on Wednesday, April 10, 2019, as Patriot Baseball celebrated their seniors. In the top of the sixth, Patriots had a 6-0 advantage when Liberty challenged. The Red Devils scored three runs and had the bases loaded when Patriot defense finished the inning and stranded three Liberty runners on base. Powdersville brought in an additional run in the bottom of the sixth for the 7-3 final. Sophomores Camden Troyer and Andrew Dent as well as juniors Brandan Rowlands and Chris Osment hits singles for the Patriots. Senior Bobby Olsen pitched for the win with Troyer coming in for relief. Crucial win for the Patriots to stay in the playoff race!

Powdersville (8-10 overall, 3-6 in the region) travels to Liberty for their final game of regular season on Thursday, April 11, at 6:00 pm. Three region teams (West Oak, Pendleton, and Powdersville) are battling for two playoff spots. Make the short road trip to Liberty and cheer on our Patriots in one of their most important games of the season! #MakingHistoryEverySeason! #GoPatriots!