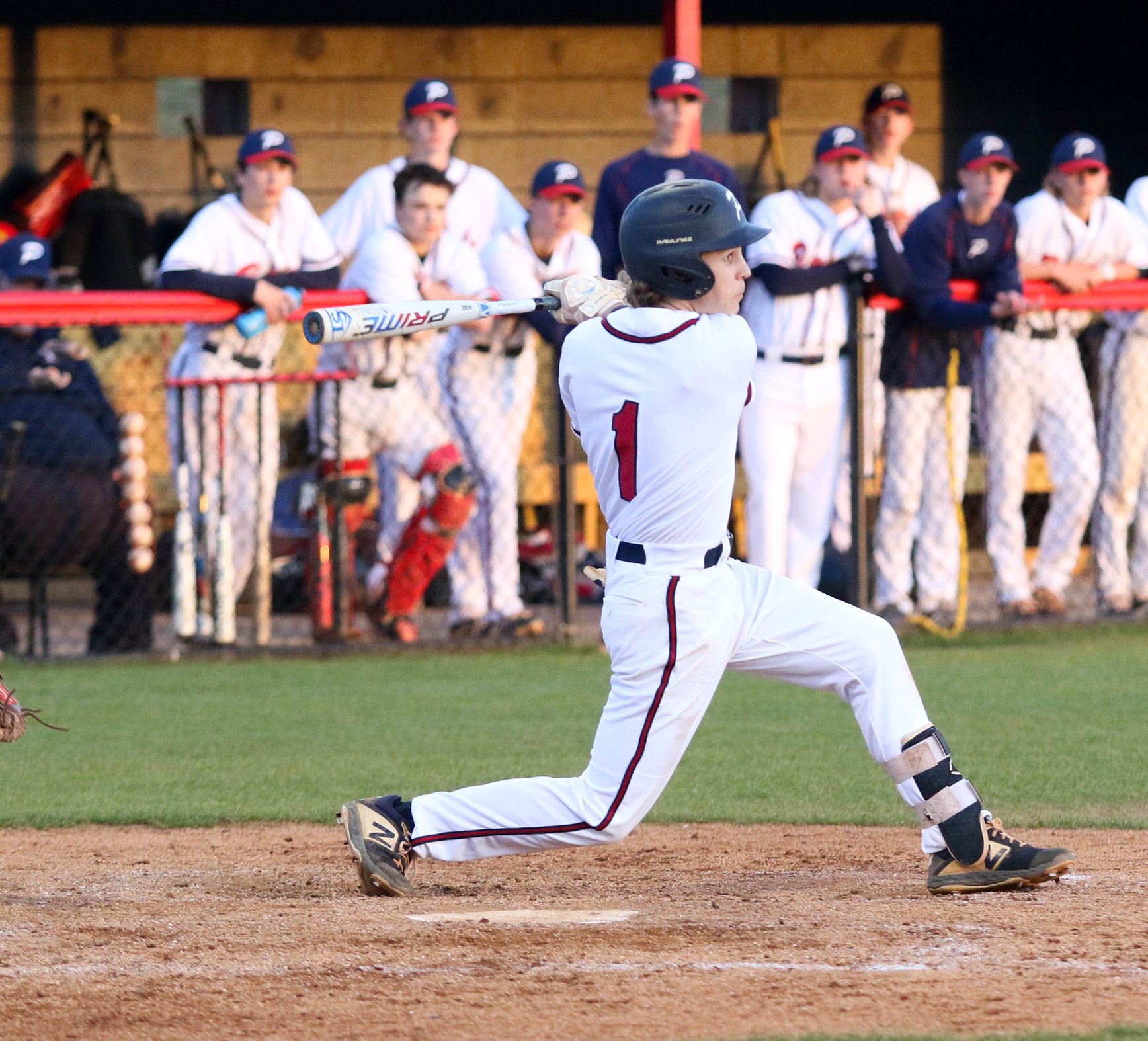 Powdersville Varsity Baseball fell 9-5 to Palmetto in a non-region game at home on Thursday, March 28, 2019. Patriots were down 9-0 when they came to bat in the seventh inning and put on a rally. Sophomore Hunter Jeter hit a double with an RBI in his first at-bat in the game, with sophomore Cody Morris getting an RBI single in his first at-bat. Patriots brought five around the bases in a formidable come-back effort. Sophomores Andrew Dent and Kyle Peters combined efforts on the mound.

Powdersville (4-9) hosts Seneca Palmetto on Friday, March 29, at 6:30 pm. Patriots and Bobcats went 12 innings when they played earlier in the week. Come out prepared to make some noise and give our Patriots a home-field advantage! #MakingHistoryEverySeason! #GoPatriots!